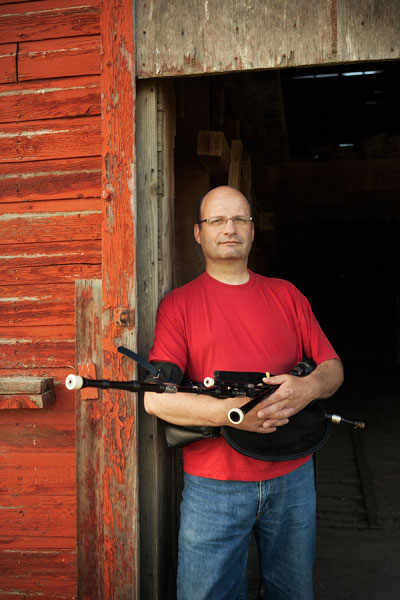 Iain began piping in 1965. He played in local bands in Regina, and attended the Fort San summer school, where he was able to take lessons from P-M Donald MacLeod, M.B.E.  In 1978 and '81, Iain lived in Scotland, where he took weekly lessons from Donald MacLeod. Later, Iain was a student of James McMillan of Burnaby, British Columbia for a number of years.

Iain’s band experience includes seasons with the Babcock-Renfrew Pipe Band under P-M Iain McLeod, six years  with the Simon Fraser University Pipe Band and one season with ScottishPower. He has been a member of the 78th Highlanders, Halifax Citadel Pipe Band since the 2016 season making it five straight decades with at least one season in a Grade 1 pipe band, stretching from 1978 to now.

Iain currently teaches piping at the Conservatory of Performing Arts, University of Regina, and does freelance communications work. He holds the Graduate Certificate and the Senior Teacher’s Certificate, and is on the Board of Examiners for the Piping and Drumming Qualifications Board.

Over the years, Iain has recorded CDs with pipe bands, folk groups, and for Highland dancing, and has contributed many articles to piping magazines. In August 2008, he published a collection of pipe music entitled “Along the Road.”

In 2017, he was named by pipes|drums to be among Canada's Top Fifteen Living Pipers and Drummers.

August 2021 saw the publication of I Piped, That She Might Dance a novel about the life of Angus MacKay of Raasay, first piper to Queen Victoria. You can order the book from Blackwater Bookstore & Press, from this site, or from book stores anywhere in the UK.